The Differences Between Citizenship and Residency-Based Taxation

What are the differences between citizenship-based and residency-based taxation? As you consider relocation options for you or your enterprise, you must take the implications on your tax burden into consideration. Depending on your country of citizenship or residency, specific markets may be more primed for a move of this nature. Here’s what you need to know.

While Eritrea has citizenship-based taxation, it only requires Eritreans abroad (including dual nationals) to pay a flat two per cent tax known as a “diaspora tax.” Despite this law being into effect, there is little enforcement, and the punishment of lack of payment will result in relatives still in Eritrea getting beaten, imprisoned or harassed. Then those who fail to pay it could get arrested upon leaving or stopped when trying to enter the country. That leaves the only country following a strict citizenship-based taxation system: the United States.

If you are a citizen or permanent resident of the United States (also known as a green card-holder), you must declare and pay taxes. That means if you apply and get approval for an EB-5 visa, you will have to file a tax return. While US expatriates who make under the allotted amount as part of the Foreign Earned Income Exclusion ($107,600 in 2020) will not have to pay tax on that income, they still have to file an income tax return.

In contrast, residency-based taxation, or territorial taxation, is the system that every country except the United States follows. The idea is that a state only levies taxes on the income earned in the country, so if you are not living in your country of citizenship, they can only charge you tax on your income incurred back home. While people, particularly American citizens abroad, have sought to end citizenship-based taxation, the government has yet to take this step. The tax reform Donald Trump signed into law in December 2017 found that ex-pats who earn more than the FEIE will get taxed just like you were living in the United States. The bill promoting this move to residency-based taxation is now on pause.

How does this impact your tax burden?

There are two critical factors to examine as you work out the numbers associated with your move. While moving your company or life to the UAE offers a wealth of benefits for your personal income, you still must consider how it will impact you back home (especially if you have US citizenship or permanent residency status). The same question applies if you are relocating to any other nation in the world.

First, you must pay attention to whether you have to comply with FATCA or the CRS, or Common Reporting Standards. If you are a US citizen or permanent resident, you must comply with FATCA. The Foreign Account Tax Compliance, or FATCA, went into effect in 2010 and the law requires all citizens and permanent residents to file annual reports for all their financial accounts anywhere in the world, regardless of where you live. FATCA aimed to prevent tax avoidance, however, since it requires all foreign financial institutions to cooperate with the Internal Revenue Service, or IRS, the US equivalent of the UK’s HM Revenue and Customs tax authority, some US citizens have renounced their citizenship because they did not find it advantageous and many banks refused to serve US citizen clients.

As for the CRS, it’s an information-sharing agreement between territories and provides a framework for determining where someone is a tax resident. The question of whether you must comply depends on the financial products or bank account you may have, the country where you bank and where you operate your enterprise.

The other thing you should research is Double-Taxation Avoidance Treaties. These agreements can help you avoid paying taxes twice on the same income. In the case of the UAE, there are more than 60 treaties they have signed with other countries while they are in the process of finalising more of them. However, the United States is not one of those countries. That means, as long as you make an amount under the FEIE, you will not have to pay taxes in the United States and take advantage of the lack of income tax on a federal level in the United Arab Emirates.

How can you optimise your worldwide tax burden?

Now that you have grasped the distinction between both of these systems of taxation, there is no substitute for expert advice from the taxation experts at Europe Emirates Group. We can ensure you can straighten out your obligations in the countries where you live, work and have ties to through citizenship. We can also assist you in preparing your FATCA and CRS declarations to ensure optimal compliance. Are you ready to get started? Consult us today. 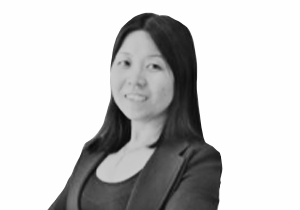 Why You Should Set Up Your Family Office in Monaco

What to Know About the DIFC Wills and Probate Registry

What are Statutory Financial Statements?

The Tax Residency Certificate in the UAE: Certainty in Uncertain Times