blog / Banking and Financial Services / What Are My Company's UK Tax Liabilities When Domiciled Abroad?

What Are My Company's UK Tax Liabilities When Domiciled Abroad?

If you’re looking to take your business abroad or become an expatriate, one of the mitigating factors is your tax burden both in the country you’re moving to and where you hold citizenship. Moving a company out of the UK due to Brexit may be an option some are looking to explore. But, how does that work for your future business tax liability? We’ll explain it further.

Can you redomicile your company out of the United Kingdom?

In law, the term domicile refers to “the country in which a person or company lives or does business and has their legal address[.]” British corporate law does not permit the re-domiciliation of a corporation from the United Kingdom to another country. While the law does not allow for re-domiciliation, it does enable corporations to migrate their tax residency to a foreign jurisdiction.

Certain types of companies set up under EU legislation need to change their business registration before Brexit Day to comply with British law. Conversely, the Societas Europaea and cross-border merger mechanisms allow some types of entities to redomicile parts of their business from Britain to other European Union countries. For those businesses looking to have access to Europe following Brexit, they are advantageous but remember that the acceptability of these routes is up to debate.

If you want to migrate your tax residency, there are two options at your disposal. If you choose to go the direct migration route, or gaining treaty residency overseas and becoming a non-UK resident, your company would be reclassified as a treaty resident abroad when paying corporate tax in the UK. You’ll have to notify the British revenue service, Her Majesty’s Revenue and Customs (HMRC), and gain their approval as well as pay anything you have outstanding with HMRC.

If you choose to go the corporate inversion route, a foreign holding company will stand between the shareholders and the UK company. Should you do this for commercial reasons, you can achieve this structure through share for share exchange in a tax-efficient way. The overseas holding company can receive streams of revenue from Britain without tax deductions. Those rules for controlled foreign companies (CFCs) do not apply to the shares held in them. The benefit of this approach is that the management and control stay in the United Kingdom, while the shareholders can reap the tax benefits that come from an overseas entity.

If you move abroad, what’s your liability to UK tax?

The official guidance from the British government indicates the following regarding UK tax liability:

The United Kingdom may provide relief for certain taxes in the form of double-taxation treaties (DTAs) with certain countries or unilaterally.

What should you take away from this definition? One is its definition of resident. This rule changed in 2017 and aims to distinguish how HMRC treats someone who is a resident but not domiciled in the United Kingdom. Even if English Common Law does not deem someone domiciled, if the person fits the criteria for Condition A or Condition B, they will be considered residents for tax purposes. Condition A means you were born in the UK, a UK resident from 2017 to 2018 or later, or have your domicile in the UK. Condition B means that you were a British tax resident in at least 15 of the 20 prior tax years before the current year.

If this explanation feels quite convoluted, here’s a more-straightforward answer regarding domiciliation. You’ll be British domiciled in the eyes of HMRC if you were born or raised in the UK, or your father was. Even if you spend most of your life overseas, your global estate could be subject to British inheritance taxes. Some British expats sell off all their property and close British bank accounts to avoid being considered British domiciled.

As we mentioned before delving into what HMRC defines as a UK resident under their tax code, the next piece of information you’ll need to look at it is whether your destination country has a double-taxation treaty with the United Kingdom. Double taxation means that two countries apply similar taxes on the same taxpayer on the same tax base. Double taxation is detrimental to cross-border business movements, especially to trade and cross-border exchanges of services, goods, technology, and capital. A way to avoid these impediments is to implement Avoidance of Double Taxation Agreements (DTAs). The United Arab Emirates has been making strides in this regard and has successfully negotiated 115 agreements with most of its trade partners, including the United Kingdom.

For your company, specific DTAs stipulate that you’ll be exempt from “...reduced withholding tax rates on dividends, interest and royalties.” In the case of a company in the UAE, it will not be subject to British taxes because its shareholders are British. It is important to note, however, that the United States requires all citizens and permanent residents known as green card-holders to pay taxes, regardless of where they are living.

Current tax liabilities for Britons in the UAE 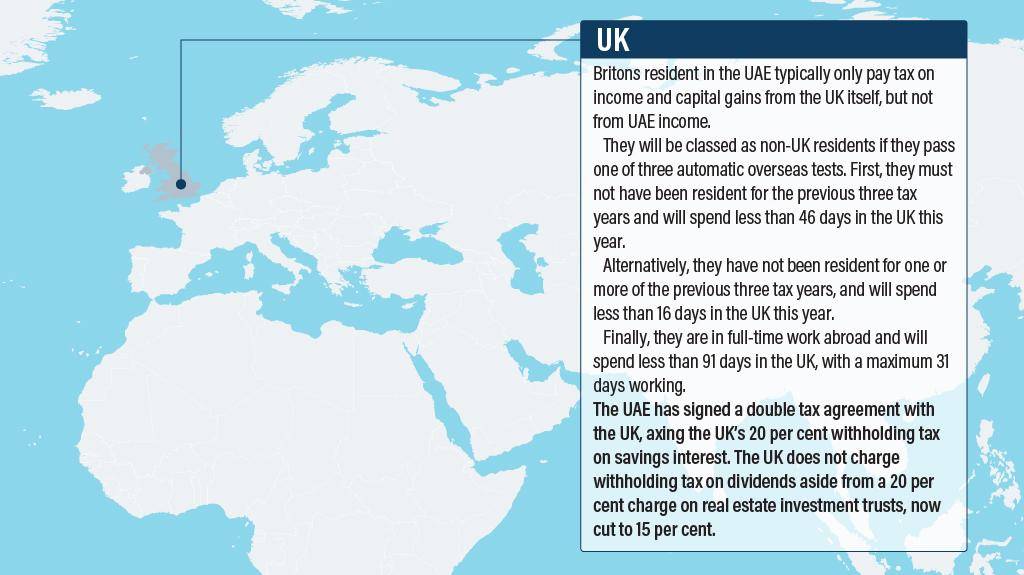 How to calculate tax liabilities for finance purposes

To make sure you don’t run afoul of the HMRC or any other authorities, the best thing to do is to get expert guidance. Are you looking for a team of seasoned banking and financial services professionals? We have access to the best contacts who can provide the services you need. These include auditing and statutory financial statements, ensuring your tax declarations in both your home country and the market you operate will let you run the most efficient operation possible. Plus, all of our solutions meet legal compliance standards.  If you’re looking to get started, get in touch with our Banking and Financial Services Associates today. 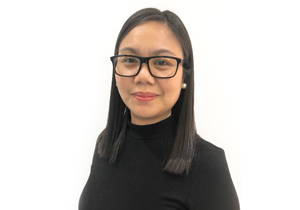 How Will CRS Affect Your Business