We recently detailed new economic substance legislation in the United Arab Emirates that went into effect on 30 April 2019 that aimed to get the country removed from the European Union’s Blacklist of Uncooperative Jurisdictions. The law followed the same stipulations outlined in the EU Code of Conduct Group on Business Taxation’s “Scoping Paper” on the matter in 2018. Now, as we mentioned in our previous article highlighting the pieces of economic substance legislation and their impact on those entities already set up in the UAE, they have garnered their desired effect.

Is the UAE blacklisted by the EU?

As of 10 October 2019, the answer is no. However, in December 2017, The UAE was included on an EU blacklist of uncooperative jurisdictions “...after revelations of widespread avoidance schemes used by corporations and wealthy individuals to lower their tax bills.” They also set up a grey list of those countries who were committed to changing their tax legislation to become more compliant with EU standards, and should they fail to do so, they could move to the blacklist as part of the EU’s continuous review of countries.

Why was the UAE blacklisted by the EU? As we noted in our article reviewing the ES legislation, the EU determined that the UAE was a jurisdiction that facilitated offshore structures or arrangements that sought to attract overseas profits that are not a reflection of real economic activity in the United Arab Emirates. A critical point we should note here is that the EU does not automatically add countries that do not charge any taxes to the blacklist.

The UAE was then moved to the greylist on 23 January 2018 after committing to implementing economic substance legislation by the end of 2018. After not making enough progress for the EU in this regard, it was moved back to the blacklist.

The repercussions from being on the blacklist were significant because of the tighter controls that blacklisted countries faced on performing transactions with EU members, as well as the reputational damage it entails. The UAE was also the most significant financial centre to be included on the blacklist, which led to reputational damage and impediments while working with EU countries.

How did the UAE get off the blacklist?

Along with the initial set of economic substance measures passed and put into effect on 30 April 2019, the UAE had to amend the initial legislation in September 2019. The first law exempted all entities with any ownership stake from the Emirati government or any of the seven Emirates (Dubai, Abu Dhabi, Ras Al-Khaimah, Sharjah, Ajman, Fujairah and Umm Al Quwain). After the EU deemed this measure to be insufficient, they decided to exclude “...from the requirement only companies in which the UAE government owns directly or indirectly a 51% share of the capital.” That was enough for the UAE to get off the blacklist on 10 October 2019, along with The Marshall Islands. On the same day, the UAE removed Switzerland, Albania, Costa Rica and Serbia from the greylist.

What are the EU blacklist countries as of 10 October 2019?

Are you interested in opening up a business in the UAE?

Should you find yourself interested in all aspects of company formation in the UAE, our team of business incorporation experts at Europe Emirates Group has an established record of all pathways to creating a thriving enterprise in the region. With a wealth of areas to explore, we will walk you through the options and make sure you forge the path that works best with your sector and interests. Speak with our team today. 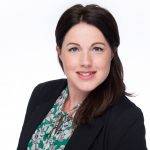