The Recent Overhaul of the UAE Legal System Explained for Expats

Have you been considering a move to Dubai or another part of the UAE? We’ve long discussed the benefits of settling in this dynamic country, but as with any relocation abroad, there are elements about the host culture that can be different from your own. Fortunately, the UAE recently overhauled parts of their legal system concerning personal and family law that make the country even more of an attractive destination for expatriates? Curious? We have the critical changes for you explained.

Reforms to the judicial system in the UAE

In our guide to setting up a business in the UAE, we explained the Emirati legal system. The laws that apply are those rights established in the UAE Constitution. Then there are federal laws that apply to all seven Emirates, laws that only apply to a specific Emirate (regulations only for Dubai, Abu Dhabi, etc.) and some contexts where Sharia (Islamic Law) governs. One of the reforms is allowing for adequate interpretation services in Emirati courts if someone does not speak Arabic, and the Emirates must have qualified legal translators available.

Reforms to divorce in the UAE

First, reforms to the UAE’s personal status laws first enacted in 1987 mean that divorce in the UAE for non-Emirati couples will fall under the laws of the country where they got married. Suppose you got married in the UK, but in the event of a divorce while living in Dubai, your divorce would fall under British legislation rather than Islamic Sharia Law which is the local legislation concerning divorce in the UAE. Before these reforms, non-Muslim couples could choose to have Sharia principles apply to the division of assets, child custody arrangements and any payment of spousal or child support or opt for the laws in their country of origin.

Now, if the couple is not from the same country, the laws of the husband’s country of origin apply, so if the wife is Spanish and the husband British, British law would govern the terms of the divorce. If there was no agreement among parties, local courts could have to intervene to reach an agreement.

New inheritance norms in the UAE

One of the most important things that every non-Muslim expatriate has had to consider is matters of legacy planning. The law used to say that if a non-Muslim had not petitioned to have a foreign will apply, such as registering a will at the DIFC Wills Centre, Islamic Sharia Law would automatically apply. The uneven division of assets is different than many would know, and the equality among genders a point to consider. Now, the laws of the deceased’s country of origin would automatically apply had there not been a will.

The one exception is a property in the UAE, so we still recommend you have a will to make sure that religious Sharia Law does not automatically apply in that case. These changes are beneficial for women’s rights to more assets through a will because under Sharia Law, female heirs tend to receive a smaller share of assets than male heirs, with daughters often getting only half of what their brothers would receive. While you can register a will with courts in the UAE as a non-Muslim expat, wills at the DIFC will apply to assets in both the UAE and abroad.

Drinking alcohol is no longer illegal

While alcohol consumption used to be a crime, anyone possessing alcohol, selling it in an authorised zone sans licence or drinking it will not face prosecution. The drinking age in the UAE is 21, like the US, so keep that in mind, selling it to an underage person would remain illegal.

Good Samaritans and decriminalisation of suicide and attempted suicide

Did you know that suicide and attempted suicide was once illegal in the UAE? With the changed legislation, people who survive a suicide attempt will no longer face prosecution, even if they rarely chose to do so. Those found assisting with an attempt will still face an unspecified prison term. The country aims to make it easier for people to access mental health services.

The Good Samaritan change stands from a previously barely-used clause that if you gave first aid or CPR to someone, you could get prosecuted in the event of an injury. If you gave CPR to someone who did not supply, there was the possibility of criminal liability if you accidentally hurt the person in the process.

Unmarried couples now have the right to live together in the UAE. The UAE did not even allow people to share a flat if they did not belong to the same family. The goal of these reforms is to let people be on the right side of the law because although they rarely punished people found in violation of these rules, they want to make the UAE more welcoming for foreigners in this regard. The UAE also strengthened punishments for those accused of sexual harassment.

Apart from these reforms to personal and family law, the Emirati government announced a pivotal change to its Companies Law that went into effect starting on 1 December. The caps on foreign ownership stakes for Mainland (onshore) companies in the UAE no longer apply. The prior legislation required an Emirati national to own at least 51 per cent of the entity. The government aims to make it easier to set up businesses for the majority-foreigner population in the UAE.

Are you interested in making a move to the UAE?

Suppose you’re more convinced that starting life in Dubai or another part of the UAE is right for you, regardless of your path of residency. In that case, Europe Emirates Group’s team of Dubai-based relocation experts have everything you need to get started. We offer an end-to-end approach stemming from visas, paperwork and finding the right home to suit your needs (and even schools for your children if needed).
Contact us for your initial consultation today. 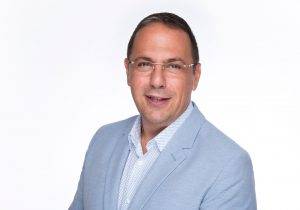 Citizenship, Residency and Relocation Services 22 May 2018

Citizenship, Residency and Relocation Services 4 May 2022