Business Registration Measures You Can Take in the Wake of Brexit

British Prime Minister Boris Johnson has resolved to take the United Kingdom out of the European Union on the 31st of October. Whether there is no deal or not, we are weeks away from Brexit day and we are still working on gaining a real grasp of the full implications of Brexit’s impact on businesses. Among the areas where there will be repercussions, regardless if we end up with a no-deal Brexit or there is an agreement, is in your corporate registration. 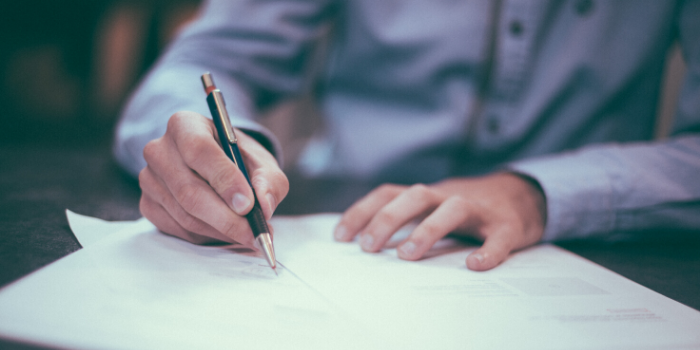 What is a business registration number in the United Kingdom?

When you set up a limited company with Companies House, the government authority in the United Kingdom responsible for incorporating and dissolving companies, one of the key pieces of documentation that is required for the company business registration certificate process is the corporate registration number. Also known as a CRN, it is the unique eight-digit number that Companies House provides to you when registering a corporation. Depending on whether you register your company in England, Wales, Scotland or Northern Ireland, the prefixes and digits may vary. What will always remain the same is that it consists of eight digits.

Along with the corporate registration number, British corporate entities have three other references that are used for their operations. These are the VAT number that Her Majesty’s Revenue and Customs issues for value-added tax. Then there’s the unique taxpayer reference (UTR) for paying taxes, and finally the employer reference number issued for paying employee wages.

How will a no-deal Brexit affect business registration?

Companies House has warned that certain entities may need to change their business registration regimens in the event of a no-deal Brexit. What types of corporations are impacted?

According to Companies House, the impacted corporations are:

Let’s start with the corporate structures formed under European Union legislation. Societas Europaea (SE), European public limited liability companies and EEIGs, or European Economic Interest Groupings, will have to change should a no-deal Brexit go into effect. Companies House notes that they have two options. In the case of a SE, if it has been registered for at least two years or has had approval for two sets of annual accounts, they can convert to a British public limited corporation or a PLC before Brexit day. They can also choose to move their seat of registration, or their country of registration from the United Kingdom to another European Union country before Brexit day.

What happens if SEs and EEIGs do not make alternate arrangements?

If you do not make an alternate arrangement, your SE or EEIG will automatically convert to the equivalent British corporate structures. SEs will turn into a UK Societas, and EEIGs will become a United Kingdom Economic Interest Grouping (UKEIG). After exit day, you will not be able to transfer any SEs out of the UK or form any new ones in Great Britain.

What does Companies House request from UK companies with an EEA corporate officer?

In the case of those corporations with a corporate officer from the EEA, the business registration document that Companies House does not change, but rather, the filing requirement for UK LLPs will change. What extra information will you need to submit to Companies House? You’ll have to supply the name of the corporate officer, as well as the principal or registered office address, register and registration number (if this applies to you), and lastly, the legal form and the governing legislation that goes along with it.

What about for cross border mergers and EEA companies?

All cross border mergers need to be completed and registered before Brexit day because they will no longer be allowed to occur once Brexit takes into effect. As for EEA companies, Brexit means the United Kingdom will cease to form part of the European Economic Area, those corporations whose home country is inside the EU and have established operations in the United Kingdom will have to report the same information as other overseas businesses do following Brexit.

Are you considering a change in your business registration?

With such uncertainty regarding the final Brexit outcome, you might be considering moving your company’s primary headquarters outside of the United Kingdom to mitigate circumstances. Should you decide to pursue this route, we can help you set up your corporate registration in Dubai and the other markets we operate. The benefits of setting up shop in Dubai are numerous. They include a firm monetary policy with the UAE dirham pegged to the US dollar, ensuring you can protect yourself from potential currency fluctuations that could stem from a possible no-deal Brexit.

The European Union is waiting to see if the Gulf Cooperation Council, of which the United Arab Emirates is a part, may reopen talks of a free-trade agreement between both blocks that stalled in 2010. In the agricultural sector, the UAE is the EU’s 13th largest export market, with the total trade volume between the EU and the UAE equaling €52 billion in 2017. Should both sides succeed in strengthening their economic relationship and implement a free trade deal, having a company business registration certificate in Dubai will certainly allow you to take advantage of the benefits.

This development is crucial because the increase in tariffs is inevitably one of the most evident drawbacks of Brexit. To put it into perspective, the British government expects the annual number of declarations to increase to 250 million from 55 million before Brexit. Our team of Associates have the knowledge that ensures full legal compliance and an outcome that benefits you most.

If you’d like to learn more about how we can help, get in touch with our team of expert professionals.

What Does It Take to Be an Entrepreneur in Dubai?

The Solution to Economic Substance Compliance

Turn to Europe Emirates Group for Your Business Needs